One of Margaret Thatcher’s less noticeable privatisations was Building Control. It didn’t really have the headline catching qualities of gas or water and there was no bonanza for those lucky enough to buy shares in what was essentially a lottery. Nevertheless, it has had similar deep routed unintended consequences for those it affects.

Many people in the building industry could see the flaw in the whole idea from the outset, but politicians are not generally blessed with the ability to see beyond their next move which is why so few of them are chess players. The problem they missed was an obvious conflict of interests.

If the inspectors are over-zealous or obstructive you look for some that are more amenable. Happily, for the builder, the fact that the company has quoted a cheaper fee for the inspections also means they are less likely to spend the necessary time on site to check all the important stages of the job. Key stages are often nodded through.

In so many small and seemingly insignificant ways we see the consequences of this in our new housing stock. Some of the problems, such as squeaky floorboards are annoying but are not within the scope of Building Control which deals with regulations rather than the quality of work.

The aim of the Building Regulations is to make homes safe and healthy to live in and also energy-efficient. The regulations deal with structural stability, insulation, ventilation, noise reduction and fire safety.

Following the failures at Grenfell Tower the public gaze is very much on fire safety. A recent fire in a timber frame housing block in South London saw the whole building gutted by flames in minutes.

Fortunately, the occupants followed their instincts and evacuated rather than waiting for the fire service (brigade?) to turn up. The result was zero casualties but, had some of the occupants been disabled or of limited mobility, they might not have survived.

The way the building was designed meant this should never have happened. The notional fire resistance between each flat is one hour but when the fire started it turned out to be just a matter of minutes. The reason the fire spread so rapidly was simply that cavity fire stops, often known as fire socks, had not been fitted.

Once the fire had penetrated the internal timber walls it was drawn along and up the cavities as if it were a giant chimney. A similar thing happened for the very same reason in a house built by Persimmon Homes in the West Country. It turned out that, not only had the fire stops been omitted in those houses, but in many other homes elsewhere.

It would seem the problem was not simply due to poor local inspection; it was a systematic failure. If the fire stops had been specified, they were either never purchased or were pilling up in a store somewhere. Somebody should have noticed.

Persimmon is now carrying out major remedial work, with all the disruption this entails but, for the homeowners, the problem is that those properties are now blighted in the same way that Barratt’s timber frame houses once were. When prospective buyers hear the name Persimmon they will naturally be nervous.

To rub salt in the wound Persimmon paid their CEO a £75M bonus for his outstanding performance and the company has now gone through the billion-pound profit mark. If this seems to you like an obscene amount of money to extract from struggling first-time buyers for substandard houses it is even more so when you consider that a sizeable chunk of that money was donated by the taxpayer in the form of the Government’s Help to Buy scheme.

Again, those with slightly more foresight than the politicians could see that any artificial injection of cash would not bring a home within the grasp of first-time buyers because it would push up prices. This simple Law of Supply and Demand was seemingly news to the architects of the Help to Buy scheme.

There is no doubt that their intentions were good but so perhaps was the privatisation of Building Control which sought to end a monopoly, the two policies have now converged in the perfect storm.

So where do we go from here? There is an urgent need for an overhaul of the way building control works but something that could be done immediately is cost neutral and arguably more effective than just having inspectors booking site visits.

The utility companies and even parcel delivery companies already use mobile phones to record their work. It should be possible for the site foreman to photograph and upload a pictorial record of the work to the cloud.

If cavity firestops have been installed, we won’t then have to take anyone’s word for it, the evidence will be there as a matter of public record. Not only is this useful evidence for the Building Control Officers it is also invaluable for mortgage companies and prospective purchasers.

It is an idea that will strike fear into those whose focus is upon cutting costs in the pursuit of ever-greater profit but we need to build homes that are value for money and cherished by their owners. If that is too much to ask they ought least to be safe to live in and that is not the case right now.

Do You Need Planning Permission or Are Your Permitted Development Rights Enough? 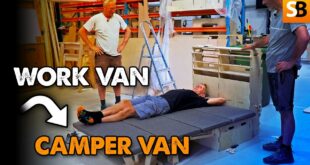 Turn Your Work Van Into a Camper & Back Again in Seconds 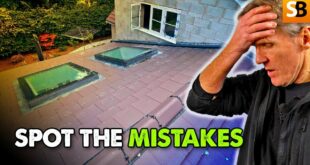 How Many Mistakes Can You Spot on This Roof?