Now you may remember I did a review of the Foscam power over ethernet CCTV system that uses a network video recorder. We also had a look at the nest system, but now we’re looking at cameras that you put inside your house.

The R4M is only £99 and it seems to have quite a few features. It has a 2K four-megapixel resolution. It has remote control by an app. It pans 350 degrees, that’s side to side and it tilts one hundred degrees, that’s up and down, and it can zoom in as well.

It has two-way audio, push alerts so you can see when something’s happened. 26 feet of infrared night vision. All of this is controlled through your app.

This is marketed as a Wi-Fi camera, but you can connect to it with ethernet, which is what I’m going to do because I’ve got so many devices connected through Wi-Fi already and a LAN port is nearby. I just love that plugged in feeling.

You’ve got a few storage options. You’ve got a micro SD card slot on the side of the camera here, and it says that it’s limited to 128 gigabytes.

One terabyte cards (1000GB) are available, so I’m not sure why they’ve limited it to 128GB. It could be something that they fix with a firmware update in the future.

The second option is to use an NVR. I’ve been using a Foscam NVR for three years now and I have found it to be very reliable. It hasn’t skipped a beat in those 3 years where it’s been on for 24/7. Some people say, “What if someone breaks in and disconnects the NVR?”. I don’t think anyone breaking in is going to know what an NVR is or where to find it.

And I’m sure they’re not even going to find it because I’ve got it hidden away. So, I kind of like the NVR option. You’ve also got Foscam’s cloud record service which comes with a monthly or annual fee. The main benefit as far as I can see with this one is that you’re recording the footage off-site.

So, nobody’s going to be able to tamper with your footage. And even if they come in and they disconnect the camera, you’ve still got that recording. The last recording that was sent to the Foscam Cloud Service before it was interrupted. So you’ve got your evidence if you like.

Now with the Foscam Cloud Service, you get eight hours of free storage and this is triggered recording. So, something happens, that’s what gets recorded to the cloud. So, you could find those eight hours could be covering a month’s worth of activity. And for a lot of people, that’s going to be enough.

So, if you want to find out what the recording plans are and the prices, have a look in the description and we’ll link through to those. Okay. Time for an unboxing.

It’s much smaller than I thought it would be. It comes with a network cable, antenna, wall mount bracket, power supply, plugs and screws. After setup, I updated the firmware and it got stuck at 5% for a long time, but when I rebooted the camera it had the latest version on it so that worked out okay.

Scanning the QR code on the base of the camera to set it up is really handy and it only needs a little sniff of that QR code and bam, it’s in there.

You’ve got to set up a password and a username for the camera. The camera has a really wide-angle lens as you would expect. You can control the movement of the camera just by moving your finger over the screen in the app and it is quite responsive.

The two-way radio feature is handy for making people jump. When you’re away, you might want to speak to somebody at home. You just hold your finger on the button and speak like a walkie talkie.

As for the Foscam Cloud paid service, if I want to record a week’s worth of events, that’s going to cost £40 a year. I’m not going to use it, but if recording offsite is your thing, the prices aren’t too bad. The option to record to the 64 gigabyte SD card will be fine for my use.

I would hope that the size limit will be increased or removed because if I’m going to use this all the time, I want to put up the biggest card possible in there, and just let it record forever. You can also share your camera so that other people can access it.

It automatically detects if it’s dark enough to go into infrared night-time mode, but if you didn’t trust that, you could set a schedule here to make sure it comes on at the right times.

Amazon Echo control with Alexa isn’t always the blessing you think it’ll be. I bought an Echo Show to see if it works, but my expectations were low. The Foscam Skill wasn’t responsive, to begin with, but after a few attempts it worked and the pictures were very clear.

After a week of use, I noticed that the alarm was going off all the time. And that’s because I missed one very important feature and that is to tell it to look out for human movement rather than any movement. So, it was picking up things like the sun going in and out.

It was picking up the dog, so sometimes it would just go off for no reason because I had the sensitivity set to very high, so make sure you’ve got it set to human detection only, then you won’t end up with an SD card full of the sun going in and out.

The image quality is pretty good. The pictures are very sharp. You will notice there’s a slight degradation in the picture when you pan and that’s because, like most CCTV cameras, it uses quite heavy video compression.

One other thing that is quite handy is that it picks up the Wi-Fi connection again quickly if you want to move it to a different room, you don’t have to do any configuration, it’ll just fire up.

I started this video by saying it’s only a hundred pounds. I’ve since found there are quite a few cameras that are cheaper than this one, but this one definitely has the most features.

Don’t forget to subscribe to our YouTube channel and if you haven’t seen our other CCTV camera review videos, can check them out.

Dylan Garton is a cofounder of Skill Builder and freelance video producer, camera operator and video editor.
@dylan_motion
Previous How to Repressurise Your Central Heating System
Next Fischer is Now a Partner of the CAS Battery System 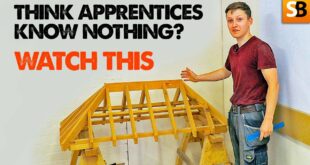 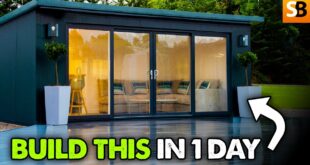