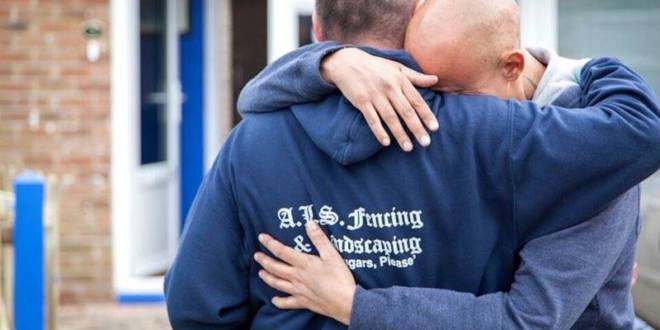 Give This Man a Round of Applause

Saturday’s event was a huge success, raising over £8,500 towards the purchase of Keith Ellick’s house, but organising, promoting and running the auction was no small task and by the end of it most people would have been ready to put their feet up.

But not Addam. This week Addam has been busy with his final task of the year, creating the #IliftedKeith video which features images of tradespeople and companies up and down the country showing how they have contributed to lifting Keith – whether it’s by buying a BoB hoodie or simply by sending a message of support.

Addam is planning to release the video at 10.00am on Boxing Day via Thunderclap, a crowdspeaking platform which allows a single message to be shared via multiple social media accounts flash mob-style – a bit like a virtual round of applause.

Addam hopes this will make the video and the BoB cause go viral but it’s also a chance for Addam to recognise those who have helped him out along the way. After all this is not just Keith and Addam’s story but it is also the British building industry’s, with the campaign’s success reflecting a generosity of spirit that is something for everyone involved to be proud of. As has become the BoB tagline: “Anything is possible when builders get together.”

Have you subscribed to the Skill Builder YouTube channel yet? We provide How-To, Product Reviews, Safety Videos, Giveaways & much more.