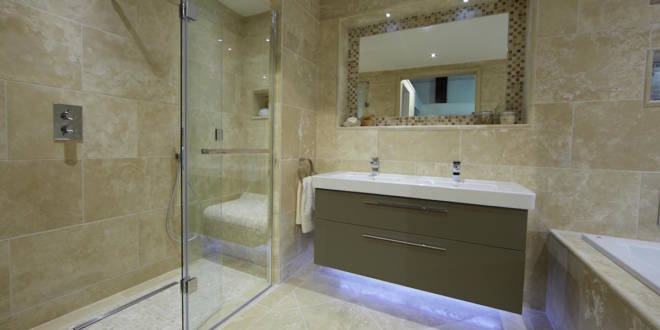 For all those who think that bathroom mould and mildew is unavoidable in the British climate, the fact that it rarely, if ever, exists in up-market bathrooms is telling.

You may think this is simply down to being able to afford a good cleaner, and admittedly that helps, but a lot of the things that cause mould are built into the bathroom at an early stage so if you don’t take care of them in the build you are effectively scoring an own goal. The good news is that mould is avoidable and you don’t need to be a multi-millionaire to afford the  small changes that make all the difference. If you build with quality components you will keep your bathroom’s showroom appearance for years not months.  Abacus Bathrooms has 30 years of experience in helping plumbers achieve better results and they have some top tips for eliminating mould and mildew from your customer’s bath or shower room.

Insulation
Mould is the direct result of condensation and airborne moisture condenses on cold surfaces.  You can reduce or even eliminate cold surfaces altogether with insulation.

By using Abacus Elements insulated tile backing board instead of plasterboard or solid cement board, the surface temperature of the tiles is automatically raised to that of the room temperature and is therefore less prone to condensation. The insulated core also raises the ‘U’ value of the walls and floor,  and the polymer cement reinforced face provides the perfect surface for tiling. It is win, win all the way. 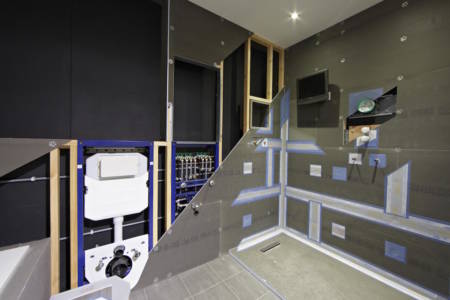 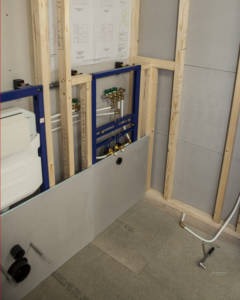 Mould needs moisture to survive. Underfloor or undertile heating will dry the floor and walls out making it difficult for mould to gain a hold. You don’t need a high level of heat but you do need an even spread so there aren’t cold spots. 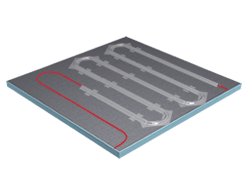 Ventilation
Most of us keep a sharp eye on the heating bills and for this reason many people are less inclined to throw that heat away in order to ventilate their bathrooms. But you really need to get rid of that airborne moisture as it is created and before it has a chance to drift around and condense on any cold surfaces. A heat recovery fan will draw out the moisture but grab back 75% of the outgoing heat and the good news is that these fans cost pennies to run.  A 100mm fan is the most popular fan for bathrooms because it is easy to fit but it is rarely sufficient for a bath or shower particularly if it contains a high pressure shower.  If there is a roof space above the shower, think about installing a – 150mm fan in a duct.  That way the fan moves more air in a shorter space of time and can be turned off sooner.

Extractor fans can only work if you are replacing the air that is being drawn out. They can’t work on a vacuum so, if you’re not using a heat recovery system, think about increasing the gap under the door so you can draw in warm air from an adjacent room. That through flow of air is essential if you are to clear the moisture, in fact it is so important it is now in the Building Regulations.

Humidistat
Don’t rely on timers or human beings to switch the fan on they are not reliable especially first thing in the morning. You really need an automatic system that detects moisture in the air and boosts the fan speed when the moisture level is critical.

Sealing
Grout and silicone can become discoloured in a matter of months. Some grout and sealants that claim to be mould resistant aren’t that impressive. Forever White (which also comes in colours) from Everbuild  is guaranteed not to support mould and mildew for 10 years. There is one caveat, you have to remove the deposits that do support mould (see cleaning) and that means a quick spray and wipe after showering. If you do it two or three times a week you should be okay but the busier the bathroom the more it needs cleaning. Another reason that luxury homes have nicer bathrooms is because there are more of them so they aren’t used as much.  Everbuild also has a mould resistant grout and paint in its range and the feedback from the trade is that they work. 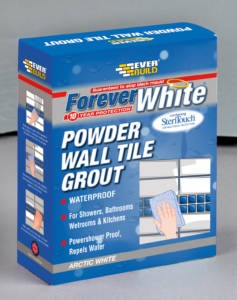 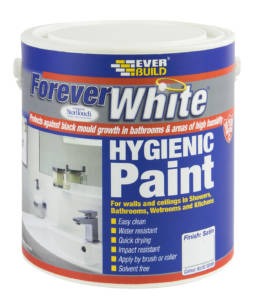 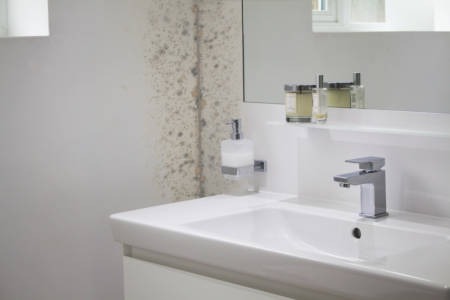 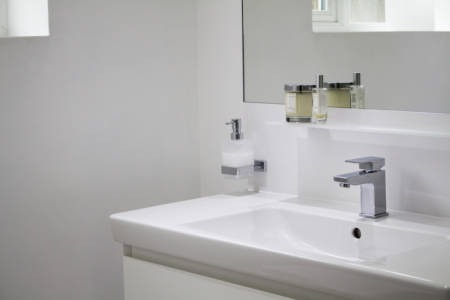 Cleaning
It is an unpleasant thought but mould and mildew feeds on the protein that is provided by what we wash off our bodies, which is mostly dead skin. Yuk!  A quick spray and wipe down with an anti fungicide, particularly on the silicone joints, is essential even if the silicone is claimed to be ‘mould resistant’.  The problem word there is ‘resistant’.

Dryzone is another brand that has highly effective mould resistant products. They supply mainly to the trade and specialise in curing difficult damp problems.

If you take care of the above details your new bathroom will remain in showroom condition for much longer.

Abacus Bathrooms prides itself on keeping the needs of the installer at the forefront of its product design. For further advice on all aspects of modern bathrooms and the latest design ideas, visit www.abacus-bathrooms.co.uk

Roger Bisby is an English television presenter and journalist, known for his expertise in the British building industry.
Previous PASMA launches Tower Safety Week 2016
Next What are your favourite loft conversion tools?