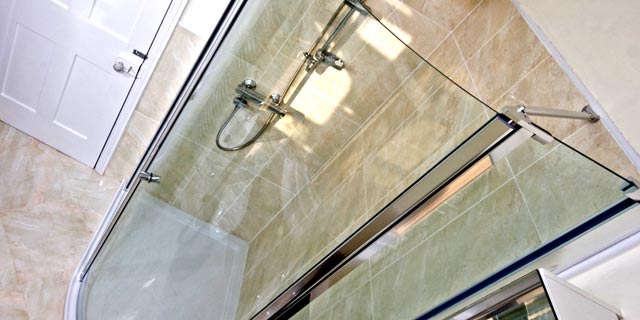 Why Your Shower Tray Leaks

I went to look at a shower tray leak today. It was the usual story, a leak around the tray. The water was pouring out. The householder had been trying to solve the problem for months. He had even renewed the grout and silicone on the bottom three courses of tiles and still the water poured out onto his lovely oak floor.

For 15 years I was the DIY expert on a London Broadcasting show called The Fix-It Phone In, hosted by the talented Therese Birch, and we used to get asked the same leaking shower tray questions week after week. The first thing people do when they get a leak around a tray is to squirt silicone all around the inside – big mistake. If there was a chance of finding out where the leak was coming from, the application of half a tube of silicone ruins that prospect at a stroke.

Despite the fact that someone had been busy with the silicone I could tell straight away where today’s leak was coming from, but one thing I have learned about fault-finding is to never assume. I always go through the basics regardless of hunches. Each possibility has to be eliminated by evidence, not by guesswork.

It is necessary when carrying out these tests to stand in the shower and it is also necessary to replicate the weight of the person who normally uses the shower. This can be difficult at times. I took my socks off so I could stand in the right position and then I gradually raised the height of the spray up the corner profile. Suddenly the water started pouring out from the back of the profile.

I knew immediately that the hollow profile had simply filled up with water. On every shower screen installation instruction sheet I have ever seen it says, “Do not seal around the inside of the shower screen.” But the reason is hardly ever explained. The frame or wall profile will fill up and it needs to leak into the tray. A DIYer could be forgiven for not knowing this and perhaps not reading the instructions but the silicone seal was applied by one of the growing band of silicone sealant specialists who ought to know better. The guy who did this job had clearly never read the instructions on a shower screen installation but even if he had, the fact that he follows the plumber after the installation means he can never do the job properly.

There is an order in which things must be done.

The first job is to seal the tray against the wall. The second job is to tile. The third job is to grout and the fourth job is to apply the second run of silicone. Only then can you fit the profile to the wall, fit the surround panels and seal around the outside. If the job isn’t done in this order it is not just a possibility that it will leak, it is inevitable.

The fact that large housebuilders employ silicone specialists on all their properties explains why leaks around shower trays remains the number one call back on new homes. It is a problem that has persisted for years and in this respect, the building industry remains stubbornly resistant to change.

Shower trays can also crack, see our video on this subject.

Roger Bisby is an English television presenter and journalist, known for his expertise in the British building industry.
Previous Missing the point
Next The damp conundrum