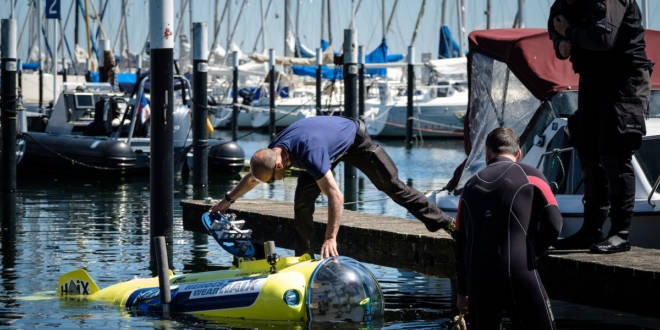 On a treasure hunt with the smallest submarine in the world – and networked power tools from Bosch.

He wears his passion on his sleeve like a tattoo: Andi Peters, wreck diver and treasure-hunter, owns the smallest submarine in the world. It is 2.80 m long, 80 cm high and you squeeze into it as if it were a tailor-made suit.

From the access hatch, which he climbs through like a contortionist, to the emergency exit via the dome, the front window on the submarine, which can be opened using a 3.6 V cordless screwdriver following pressure equalization, Andi Peters has thought of everything, right down to the smallest detail.

“As an adventurer, you take many risks, but the fun stops when it comes to safety. The same is true for the tool that I have to rely on,” he explains. His work as an independent treasure hunter has a solid basis: He is a trained metalworker, Chief Mate with a captain’s license and he also reports on his travels into the deep as an author and through TV documentaries.

He knows the adrenaline boost that one gets from adventures just as well as he knows the dangers that arise under water: Drifting fishing nets and poor vision, particularly in the North Sea, which are part and parcel of his chosen line of work.

In these murky waters, as the fishermen call this turbulent, cloudy sea, you can barely see your hands in front of your face. And then there are the tides, with their dangerous currents.

There is usually only a very narrow window of time for the dive. This was also the case for his greatest find – the wreck of the “German Titanic”, the steamer “Cimbria”, which was on its way from Hamburg to New York on an icy, foggy night in 1883 when it sank near the North Sea island of Borkum with more than 400 passengers on board.

Stories such as these are equally as thrilling for Andi Peters as his regular training or those leisurely dives where he can simply enjoy floating along the sea bed.

Cordless drill/driver and angle grinder for preparing the dive

A training dive is also part of today’s program. Depending on the water and the current, he also involves two safety divers, who accompany the submarine.

Both devices belong to the series of networked power tools from Bosch for professionals. “These are exactly the tools that I need for my preparations.

I can use the cordless drill/driver to secure the oxygen bottles to the outer wall, for example. The angle grinder is my all-rounder: For cutting rusty screws on the transport trailer or sanding the blades on the drive rotors so that they are perfectly positioned.

If you have these two tools with you, you can repair and adjust everything, independently of power sources, which you do not have access to when on a beach,” explains Andi Peters.

Everything under control thanks to networking and user protection

The topic of safety is always a priority for the treasure hunter. He pays particular attention to the user protection offered by the tools. “The emergency stop function on the angle grinder is a super, super, safety feature,” he explains.

The Bosch GWS 18 V-125 SC Professional is the world’s first angle grinder with “Drop Control”. If the tool falls, this function immediately switches it off as soon as it hits the floor.

The angle grinder is also the first of it’s kind to come with a connectivity function. Thanks to an integrated Bluetooth module and the “MyTools” function in the Bosch Toolbox app, it can be connected to a smartphone – for example, to personalise it or call up tool information.

You can also use the networking to receive troubleshooting tips, for example, if a tool switches off because it has overheated. And you can adjust the tool settings to suit the relevant application.

These functions also include soft start, which Andi Peters selects so as not to start “too hard too quickly” when working on the rotor blades. He can also see the tool status, such as the battery charge status, directly on the tool via the multi-functional user interface. In this interface, he can also easily preselect the speed.

One last safety check with the accompanying divers; the route and the rescue chain (just in case) are discussed – diving involves teamwork.

Andi Peters warms up and starts up the submarine’s ventilation system so that the carbon dioxide filter will work correctly underwater.

He then agilely enters the small submarine, wedges an emergency oxygen bottle between his legs and starts up the motor. He secretly dreams of a submarine version 2.0, which would have a comfortable seat and a diving depth of 300 meters.

He already has the right tool for the job. But first: Dive, lie at the bottom of the sea, and observe the crabs and jellyfish. “That is pure pleasure. Money can’t buy the things that I get to experience,” he says as he closes the hatch.

Roger Bisby is an English television presenter and journalist, known for his expertise in the British building industry.
Previous BS 8612 – A Watershed For Pitched Roofing
Next SGN partners with SmartWater to prevent tool theft 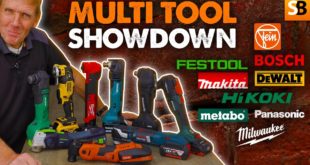 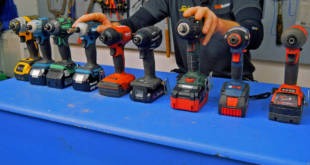 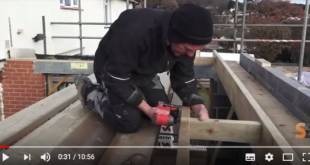