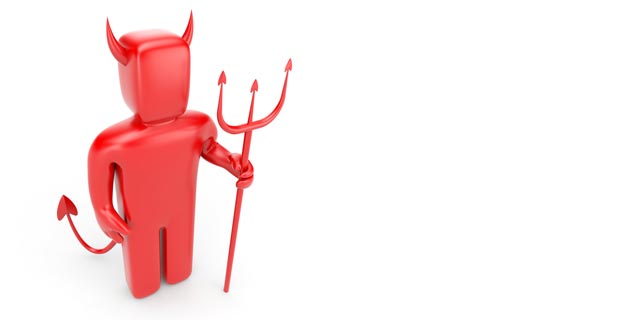 I am currently working on the building site from hell. It was a job I took on against my better judgment. When I was pricing it alarm bells were ringing in my head because there was a new spec and drawing almost every day. The job itself isn’t actually that bad; it’s a complete re-plumb on a large central London house with an ensuite on every bedroom and underfloor heating throughout. The money is good, but what makes it so difficult is the bloke running it. He calls himself a builder but he has no idea. Almost daily, my mate and me enter into protracted arguments with him about the difference between the way he says he does it in the Middle East and the way we do it here. Invariably we walk off the job in protest at the latest demands. We only go back because the client, who is a lovely person deserving of much better than this idiot site agent, pleads for us to return. We agree, provided we can do the job the way we always do it.

Quite what his appeal is we don’t know, but there is some kind of family link and it doesn’t do to get between family. Even at this stage there isn’t a day that goes by when the drawing doesn’t have an amendment, the boiler has been in three places, the shower room has changed, the bathroom has been turned 90 degrees and every pipe run is moved and moved again. We have three 90 degree spigot bends one after another on a horizontal soil run because the architect had overlooked a steel beam that is in the way. It will block, we know it will. They will have to set up an account at Dyno-Rod.

It isn’t just us that are unhappy; every trade in the house has been subjected to the same kind of lunacy. Walls move, doors are altered this way and that and crazy demands are made. The vast expanse of folding patio doors had to be remade because the floor insulation hadn’t been taken into account. As is common on most building sites these days, there is every nationality under the sun. We all rub along very well and have a laugh and a joke united in our hatred of the common enemy, the site agent. We have been on to him for weeks to supply a porta-loo but he gives us a bucket and we use it behind the shed. It’s a return to a time I thought was over.

His latest demand is that we turn on the central heating to dry out the floor screed. It was laid over our pipes only 6 days ago and he wants us to fire up the heating and dry it out so he can lay the oak flooring. I have told him it will crack and turn to powder if the moisture isn’t allowed to stay in it long enough for it to complete its hydration, which is usually 28 days give or take. I told him that until that time, the more moisture you can hold in the screed the better. A screed is laid almost dry and it needs all the moisture to stay in and hydrate the cement, but Abdul knows best. Despite the fact that some of the tradesmen speak very little English they all have this phrase “Abdul knows best” word perfect. For our part we are learning lots of new languages or at least the swear words.

Roger Bisby is an English television presenter and journalist, known for his expertise in the British building industry.
Previous Fault Finding – A Plumber’s Tale
Next Condensation Culture