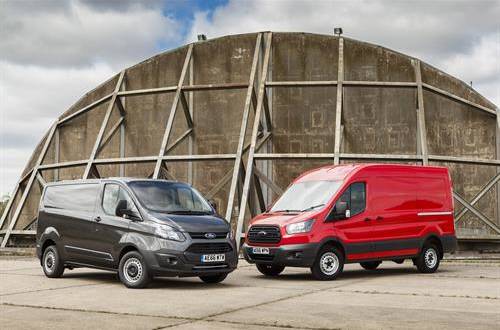 The Ford Transit was the best-selling cargo van family globally in 2015, with nearly 400,000 vans registered, according to IHS Markit registration data.

Transit is building on a 50-year legacy in Europe. In the past 25 months, Ford has seen its commercial vehicle market share grow from 10.8 per cent to 12.9 per cent in Europe.

Transit Custom sales in Europe grew 23 per cent to 89,800 units year-on-year during the first three-quarters of 2016, and Transit sales grew 17 per cent to 64,800 units during the same period.

The success of Transit has also propelled Ford to become the top seller of commercial cargo vans in the U.S, accounting for 40 per cent of the full-size commercial van market in the country through September – up from 36 per cent in 2015. Strong demand for Transit is putting Ford on track for its best year for U.S. van sales since 1978, based on Ford-reported data. Transit now outsells even America’s best-selling minivan, based on industry-reported sales.

Transit also remains the UK’s favourite van after over 50 years of sales leadership and after a successful March, commercial vehicle sales are said to be on track to be at a record high at year end.

Dylan Garton is a co-founder, video producer and editor for the Skill Builder social media platforms.
Previous How not to repoint a wall?
Next Makita launches LXT 18V & 14.4V 10mm staplers