Roger Bisby has a look at Metabo’s new battery operated mitre table saw to see how it performs.

“Personally I have never needed the level of portability from a mitre saw that is provided by cordless technology, given the choice, I would always rather find a power supply and plug in to the mains and given the fact that you are paying a premium for that convenience and portability this saw you have to have a real need for such a tool. Given that all the major power tools companies have such an offering proves that there are enough of you out there who fit this customer profile.

“Before I look at the tool I must mention the Heavy Duty LI-ion battery which has undergone some changes lately to increase power and run time. Metabo says that this battery makes it possible to power high drain tools such as 9 inch angle grinders, chop saws and of course this sliding rail mitre saw.

“Metabo suggests that this cordless saw is equal to a mains powered machine. It certainly has the highest rpm I have come across on an 18 volt saw and I managed to get nearly 200 cuts out of it in 4 x 2 softwood.  The other point worth mentioning is that  all cordless saws  rely on a thin kerf blade which is almost an admission that despite the claims they won’t quite kick out the same level of sustained power that a mains powered machine will.

“Having said that this saw ran a lot longer than I expected. It would easily cope with all the cuts in a kitchen fit or an average room on a single battery and you get two batteries in the box so you could probably complete the best part of a second fix in a small house without having to go near a charger.

“The Metabo KGS 18 LTX 216 also beats its competitors on depth of cut (65mm) and width of cut (305mm) The no load speed is significantly higher at 4,200 rpm than other saws in its class but I have to ask how this speed is achieved? I am assuming that the gearing favours a high run speed rather than high torque.

“Despite the fact that Li-Ion has almost no drop off in power the saw did start to snatch and stall on the last few cuts presumably because the run speed slowed so it is best if you change the battery as soon as you detect any slowing down.

“The 45 pre-sets on the mitre and bevel can be over-ridden to give you a 47 degree cut and there is an easy to use depth stop with a guage for trenching and housing if you are making up your own door liners. The sliding rail allows you to do a generous 305 mm cut which should get you across a window board or door lining with ease.

“The inclusion of two safety release buttons means that the operator’s switch can be used either left or right handed which is a welcome feature. I don’t suppose there are many mitre saws out there that don’t have a laser but this saw also has a light which is very useful for precision bevelled mitre cuts.

“There are pull out supports to extend the table slightly and a removable clamp which could do with an inch more clearance on the right hand side to stop it clashing with the motor housing. I like the measuring guage on the rear fence and also on the depth stop.

“I started this review of the Metabo KGS 18 LTX 216 by saying that I have no real need of a cordless mitre saw but the battery technology and power of this machine has moved it closer to a mains powered unit than anyone would have thought possible a few years ago.  But why should consumers have to choose between those two? It  would be very easy to produce a mains powered 18 volt transformer that slides onto the battery docking point to make the saw, or any other tool on that platform, either mains powered or cordless.  Why that hasn’t happened is not hard to guess.”

Find out more about the Metabo LTX 216 Mitre Saw at www.metabo.com.

Roger Bisby is an English television presenter and journalist, known for his expertise in the British building industry.
Previous How to: Franke Laser LSX651 sink installation
Next To Google or not to Google? That is the Question 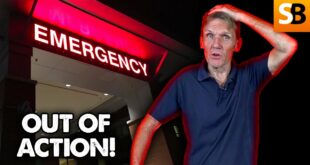 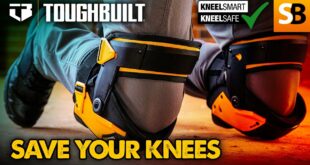 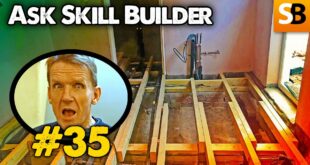