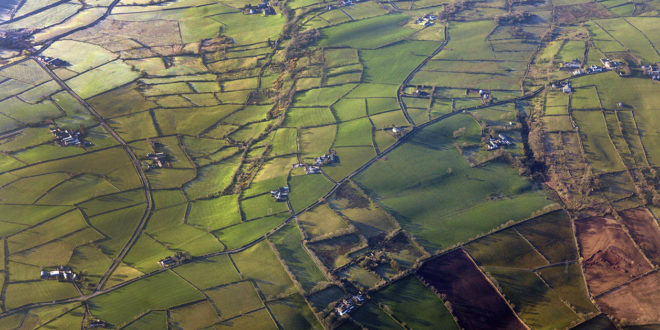 In a significant report published today, the ITRC, led by the University of Oxford’s Environmental Change Institute, has deployed these methods to reveal a series of insights to inform the Oxford-Milton Keynes-Cambridge Arc – one of the UK’s largest housing and transport projects.

The report’s executive summary can be requested directly to the media contact below.

It found that careful planning for new settlements could allow development whilst still protecting greenbelt land and other natural habitats, better management of energy and water needs, and a lower carbon footprint than with unplanned scenarios.

Jim Hall, Director of the UK Infrastructure Transitions Research Consortium and Professor of Climate and Environmental Risks at the University of Oxford, said:

‘The Oxford-Milton Keynes-Cambridge Arc is the most far-reaching housing and transport development proposed in recent decades, akin to a British Silicon Valley. One million new homes could be created by 2050, along with a new road Expressway, a new rail link and new and innovative forms of urbanisation.

The future of the Arc is likely to be made up of a complex combination of many different development options, with differing typologies of development dependent on changes to existing urban centres or introduction of new towns or cities into the region.’

The UK’s National Infrastructure Commission (NIC) made recommendations in its 2017 report to develop the Arc as a knowledge-intensive economic cluster across the heart of England.
However, there is currently a challenge around the Arc’s implementation as local authorities and central government have lacked independent systemic analysis due to the complexities of planning for such an unprecedented complex project. The ITRC approach fills that gap and helps inform decision-making at all scales.

ITRC is independently applying its models and analytics to explore possible futures for the Arc, evaluating and quantifying the impact of local, regional and national choices on sustainable future options.

The ITRC’s Arc studies are unique in their breadth and depth, bringing together data on the whole range of infrastructure that would be required, along with population modelling and forecasts, energy, transport, water and digital communications requirements.

Professor Hall said: ‘ITRC’s modelling will help to create a clear vision for the Arc’s grey and green infrastructure, employment and housing. The tool is highly flexible and can analyse a multitude of different scenarios at varying scales.’

As well as modelling the Arc, ITRC’s analysis has been used in UK research as well as internationally with governments and organisations including UNOPS, World Bank and governments around the world.

Professor Hall said: ‘Built well, infrastructure can demonstrably and positively contribute in areas from economic prosperity and employment to health, education and the safeguarding of the planet’s natural resources.’

The principle of the “system of systems” approach pioneered by ITRC means it is uniquely placed to model a cross-sectoral approach to developments.

Professor Hall said: ‘This means investments in infrastructure can be properly costed, planned for long-term sustainability and resilience to natural hazards, and looked at from a systems perspective rather than on a project-by-project basis.’

ITRC’s National Infrastructure Systems Model (NISMOD) can also be used to identify complexities such as how failure in one network or area might impact on another – from a single power station going down to the impact of massive flooding across a city on transport, businesses and homes.

Dylan Garton is a cofounder of Skill Builder and freelance video producer, camera operator and video editor.
@dylan_motion
Previous Why Does Robin Love Liquid Screed? – Capel #12
Next Is There No Such Thing as Rising Damp?