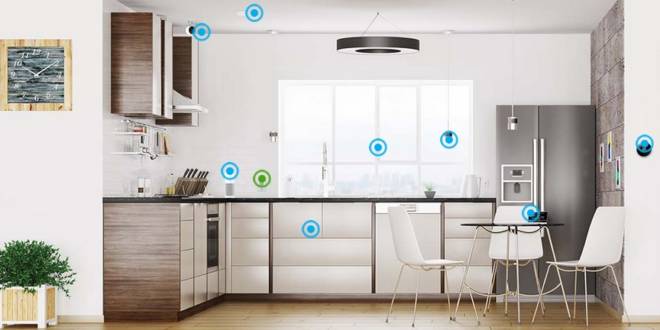 Three quarters of Brits are fearful of connected homes

Research undertaken by MoneySuperMarket has revealed that the nation has deep concerns about the impending smart home revolution, despite possible cost savings. 76% of Brits admitting to being ‘fearful’ of the smart homes concept, with unapproved data collection cited as the greatest worry.

Other concerns about connected homes include the technology being hacked by criminals (51%), being made unusable by a virus (43%) and recording you without your knowledge (42%).

The price comparison website polled over 2,000 people to get the nation’s opinions on smart home technology and the so-called Internet of Things. The research found that while the majority (77%) of Brits had heard of a ‘connected’ home, only 6% claimed to know a lot about smart home technology. The most popular gadget was a smart TV, with 30% of Brits owning one, followed by a smart energy meter (16%).

When asked what smart home gadget they would like to see invented, answers ranged from self-cleaning ovens (29%), self-emptying bins (11%) and self-pouring wine fridges (5%), to smart dog walkers and self-emptying dishwashers

However, when asked what smart home gadget they would like to see invented, Brits were both practical and imaginative. Answers ranged from self-cleaning ovens (29%), self-emptying bins (11%) and self-pouring wine fridges (5%), to smart dog walkers and self-emptying dishwashers. More outlandish suggestions included auto-spray devices that would deal with cold callers and robot dogs with the ability to do chores.

Despite public concern, the benefits of investing in smart home technology are likely to outweigh the fears. The convenience, security and cost-saving elements of owning a connected home can be advantageous and it is predicted that there will be 25-30 billion ‘Internet of Things’ devices worldwide by the early 2020s.

Smart home technology focused on home security and fire prevention benefits insurers as it reduces claims, with insurers then able to pass these savings on to consumers. 58% of Brits said they would buy a smart device if helped them save money on their home insurance.

To help consumers understand the facts about smart homes and see how they could benefit, MoneySuperMarket has launched its Connected Homes Hub.

Dan Plant, editor-in-chief at MoneySuperMarket, commented: “Smart technology promises to transform our homes by enhancing security, improving energy efficiency and generally making our domestic lives smoother and more efficient. However, many people are understandably anxious that the benefits will be countered by threats, such as hacking and loss of privacy.

“It’s up to the makers of smart devices and applications to reassure consumers that they are not putting themselves at risk. And it’s also vital that any cost savings that flow from adopting connected technology, such as reduced pay-outs for burglary claims, are passed on to customers in the form of lower home insurance premiums.” 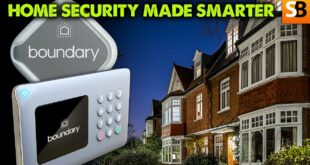 Home Security Made Smarter With Boundary