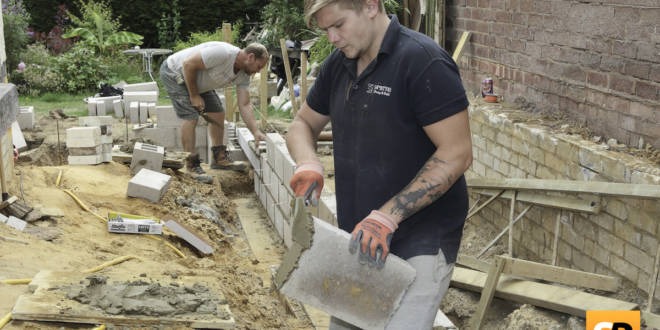 Almost 80% of builders are calling for more regulation in the construction industry to end the tyranny of cowboy builders, according to the Federation of Master Builders (FMB).

The FMB is calling on the Government to introduce a licensing scheme in construction as part of its new Agenda Raising the bar: A post-Grenfell agenda for quality and professionalism in construction.

Brian Berry, Chief Executive of the FMB, said: “Until we introduce a licensing scheme in construction, cowboy builders will continue to run rampant in our industry.

Licensing would ensure a minimum level of competence and professionalism and give consumers greater assurance when hiring a builder.

Unlike in the US and Germany, anyone can be a builder in the UK. What this means is that we have allowed a significant minority of cowboy builders to give the whole construction industry a bad name.

Our latest research shows that almost 80 per cent of our members are so fed up with rogue builders tarnishing their reputation, they are in favour of introducing a licencing scheme.

Our research among consumers also shows that one-third of homeowners in the UK are so anxious about hiring a dodgy builder that they don’t commission any building work whatsoever.

What’s more, the average homeowner would spend around £40,000 on major home improvement projects over the next five years if they could be guaranteed a positive experience with their builder.

It’s time to release this pent up demand for building work through a licensing scheme consumers can trust.”

Berry concluded: “Even more important than the economic benefits that would come from increasing quality and professionalism in the industry are the safety benefits.

The Grenfell Tower tragedy reminded us of the price paid when things go wrong in the construction industry. Grenfell raised serious questions about standards, regulation and compliance within the construction sector and although we await the results of the Hackitt Review, we want to start a wider conversation about how we can drive up quality and professionalism in construction.

“As well as calling on the Government to introduce a licensing scheme for builders, the FMB’s new Agenda calls for mandatory warranties for building projects that require building control sign-off to protect consumers further.

The FMB would also like to work with industry to develop a ‘general builder’ qualification which would seek to recognise the highest standards of professionalism in the industry.”

Jason Ryan, a homeowner living in West London, was a victim of a rogue building firm earlier this year.

Ryan commented on the introduction of a licencing scheme in construction: “At the start of this year, builders were carrying out essential improvements to my home in West London.

The whole process turned out to be an absolute nightmare. Our builder would often turn up late, or not at all, and communication was always poor. We would try to call him and often not hear back.

The work they eventually carried out was sub-standard – for example, the grooves in the door frames were hacked into and were left uneven and messy.

I think all builders should be required to have a licence to protect people like me from having these nightmarish experiences.

It was very stressful and has put me off hiring a builder in the future unless I absolutely have to.”