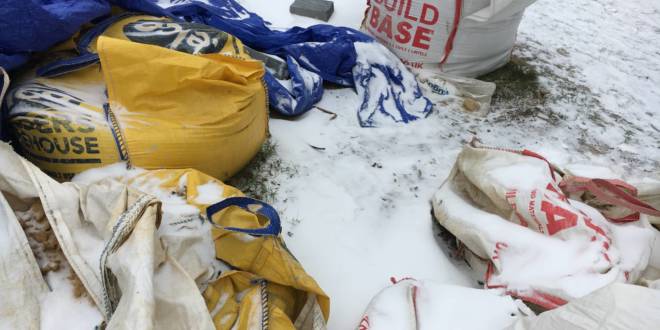 Weather Partly to Blame for Sharp Drop in Construction Output

The Beast from the East, rising costs and Brexit are to blame for the sharp drop in construction output, the Federation of Master Builders (FMB) has said in response to the April 2018 construction output figures published by the Office for National Statistics (ONS).

Too cold to build?

Commenting on the construction output figures for April 2018, Brian Berry, Chief Executive of the FMB, said: “The UK construction sector declined by 3.4% in the three months from February to April compared with the previous three months. This is the biggest fall since the latter stages of the recession in August 2012.

The Beast from the East has certainly played its part as it forced many construction sites to close in March. Indeed, builders were reporting that it was too cold to lay bricks.”

Berry continued: “Alongside the cold snap, the drop in construction output can also be attributed to rising costs for construction firms large and small. While wages are continuing to rise because of the acute skills crisis in our sector, firms are also feeling the pinch thanks to increased material prices.

The depreciation of sterling following the EU referendum has meant bricks and insulation, in particular, have become more expensive. We expect material prices to continue to squeeze the construction industry with recent research by the Federation of Master Builders showing that 84 per cent of builders believe that they will continue to rise in the next six months.”

Berry concluded: “In the medium to longer-term, with nine months until Brexit-Day, the future is uncertain for the UK construction sector. The Government is still to confirm what the post-Brexit immigration system will look like.

The construction sector is largely reliant on accessing EU workers with more than 8 per cent of construction workers coming from the EU. It is therefore imperative that the sector knows how, and to what extent, it can recruit these workers post-Brexit.”

Roger Bisby is an English television presenter and journalist, known for his expertise in the British building industry.
Previous Expandable toolvest
Next Auto-start dust extraction added to Makita plunge saw