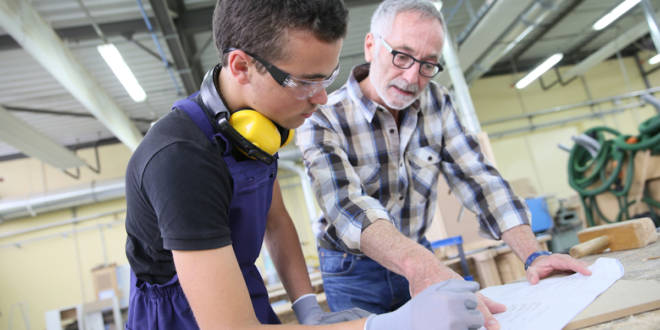 A freedom of information request by Unite, the union for construction workers, has uncovered that thousands of young people are being placed on so-called ‘dead-end’ classroom based construction courses.
The figures obtained from the Government’s Skills Funding Agency, reveal the number of classroom based construction courses increased by 14 per cent last year, totally dwarfing the number of apprentices beginning their training. The increase in classroom courses comes at a time when the construction skills gap is widening rapidly.
Unite has released the FOI figures during national apprenticeship week. The construction courses are described as ‘dead-end’ because trainees are only usually able to achieve a technical qualification, as they don’t have access to on-site training.

The only qualification recognised in construction is the NVQ and this can’t be achieved without substantial site experience. An NVQ or equivalent qualification is necessary to acquire a Construction Sector Certification Scheme (CSCS) card which is usually required to work on construction sites. In most cases people undertaking classroom training have no avenue to achieve an NVQ.

The high number of classroom courses has a major effect on the number of young people recorded as NEETs (not in education, employment or training).

Acting general secretary, Gail Cartmail, said: “These figures are truly shocking. For whatever reason we find ourselves in the terrible situation of increasingly offering young people a classroom construction course but also in effect denying them the chance to acquire the qualifications needed to enter the industry in a skilled role.

“Classroom based construction teaching has a vital role to play in the training of construction apprentices. What is urgently needed is a refocussing of resources to ensure that money is more effectively invested in boosting the number of genuine apprenticeships, so that a far higher number of young people can acquire the skills and qualifications to enter the industry.”

“We need to build an effective alliance including: Unite, employers, FE colleges, apprentice providers and the government to boost apprenticeships and ensure young people are able to access meaningful courses.”