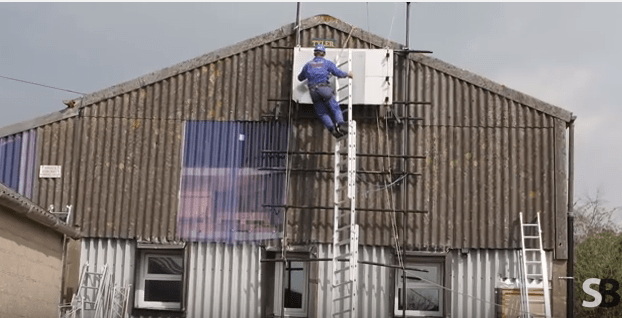 Window fitter in court after worker dies in ladder fall

A Southampton window installation company has been fined after a worker suffered fatal head injuries following a fall from a ladder.

Brighton Magistrates Court heard how Mark Taylor, 48, a window fitter from Southampton, was helping in the installation of UPVC windows at a 3 storey house in Brighton on the 10 September 2014. He was working from an unsecured ladder when it slipped sideways and he fell to the ground. The father of two was taken to hospital suffering from head injuries but died the following day.

The Health and Safety Executive investigation found Kevin McLean trading as South Coast Installations, failed to ensure that the work at height was adequately planned and carried out in a manner, which was safe.

Kevin McLean trading as South Coast Installations pleaded guilty to breaching Regulation 4(1) of the Work at Height Regulations and was fined £10,000 and ordered to pay x costs.

HSE Inspector Amanda Huff, said: “Mark Taylor’s family have been devastated because simple steps where not taken to secure the ladder he was using. If Kevin McLean had ensured a proper risk assessment was carried out this tragic incident could have been prevented.”

For further information on work at height visit: www.hse.gov.uk

Roger Bisby is an English television presenter and journalist, known for his expertise in the British building industry.
Previous Be seen to be safe: Hard hats that light up
Next How to fit a wall hung WC & basin (Part 1: Mounting the frame)