This is the third part of our second building project series on Skill Builder. The Capel Build sees carpenter and builder Robin Clevett renovate and extend an unusual property in Surrey. In this episode we look at the timber frames.

Robin explains why it’s critical when building a timber frame home to set everything out perfectly and repeatedly checking everything, right from positioning the sole plates and checking the corners.

Robin is pleased with the quality of the timber frame as most of it fitted together perfectly. There were a couple of minor issues with four of the trusses but within 24hours or discovering the issues the manufacturer had made new ones, delivered them to the site and taken the old ones away so it didn’t hinder the build. The glue laminated beams were good fun. The joints were put together using a combination of Simpson Strong Tie products including the TUBSR Concealed Beam Hanger and the TU28 Concealed Beam Hanger which offer a completely invisible assembly.  It is a butt joint which will offend some purists who would like to see some tennons into those posts but the key thing is that it works and makes a strong joint.

Robin talks through some of the installation process which includes:

The next job for Robin is cutting the rafters and pitching the roof. Subscribe to the Skill Builder YouTube channel to stay up-to-date with this project. 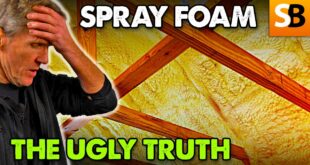 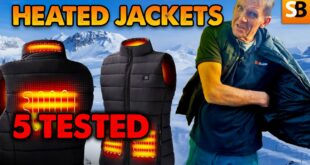 5 Cheap Heated Jackets — Do They Work? 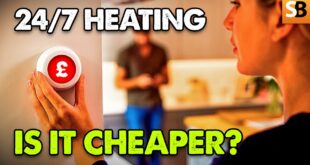 Is It Cheaper to Leave Your Heating on Constantly?