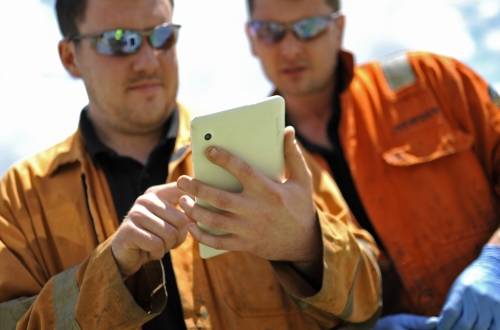 What Will The New Year Have in Store for the Construction Industry?

“This time last year, I shared my thoughts on what would dominate the construction agenda in 2017. Some of the observations I made, such as Brexit being linked to skills shortages, were fairly safe, while others, like losing one of the major contractors due to decreased investor confidence, were a little more risky.

“Unfortunately, I imagine Brexit will continue to be blamed for every ill running through 2018, and Carillion limps on despite being morally and financially bankrupt.

At the moment, the company is being propped up by government contracts but surely this can’t spoil my predictions again and continue into 2019 – I foresee an end to Carillion’s long and painful death by June 2018.

As predicted last year, the cost of materials will continue to rise through 2018, the oil price, demand and poor old Brexit being blamed as the main drivers.

“As predicted last year, the cost of materials will continue to rise through 2018, the oil price, demand and poor old Brexit being blamed as the main drivers.

“This time last year, I projected that subcontractor rates would climb by 3% and in fact they went up by 3.8%, which is above inflation.

Therefore, unlike the rest of the UK workforce, if you believe government figures, on average, self-employed construction workers are better off now than they were 12 months ago.

Let’s hope it carries on and go for a prediction of another 4% next year taking the average earnings to £870 per week.

“As expected, the government has made lots of noise about penalties for land banking and relaxing planning laws, but ultimately the housebuilders will continue to build at a pace that minimises their risks and maximises their profits.

Reaching the government target of building 300,000 new homes next year will depend on how many schemes are designed to lend money to people who can’t afford to borrow it, rather than government policy on affordable homes, or the new City and Metro Mayors building a few council houses here and there.

It looks like the crash of 2008 is long forgotten and we may be building our debt pile ready for the next one.

“The London property bubble continues to float and will do so throughout 2018 as long as the Conservatives cling to power.

I have heard from a very good source that the foreign investors, who buy London property for their retirement pot, are far more worried about the damage Jeremy Corbyn and Labour could wreak on the economy than they are about Brexit.

And the banks are setting up satellite offices in the EU rather than moving lock, stock and barrel, so no shortage of potential purchasers to buy up the flats around the fringes.

Offsite construction is the new buzz for policymakers and commentators who seem to think we have never tried it before, or this time it will work much better and be more efficient

“Offsite construction is the new buzz for policymakers and commentators who seem to think we have never tried it before or this time it will work much better and be more efficient – and maybe they are right, we will have to wait and see, but I doubt 2018 will see a huge shift mostly because the cash-flow system does not work for heavy factory based outlay, and consumers are sceptical.

“Payment terms should be top of the agenda but with the government’s Construction Leadership Council dominated by major contractors and the consulting engineers who work with them, nothing significant will change in 2018.

“The most disappointing part of reading back through last year’s predictions was seeing the hopeful words around ending the CITB levy.

Despite the CITB being the most toxic brand in construction – hated by those who are forced to pay a levy under the threat of legal action and who get no help with training in return – the government seem to like them and look set to give them another 3 years to ‘reform’.

“In 2018, Hudson clients will continue to create their own success despite government policy rather than because of it, and the freelance builders who sell their services under Hudson will crack on and continue to out-perform the rest of the economy in terms of income.”