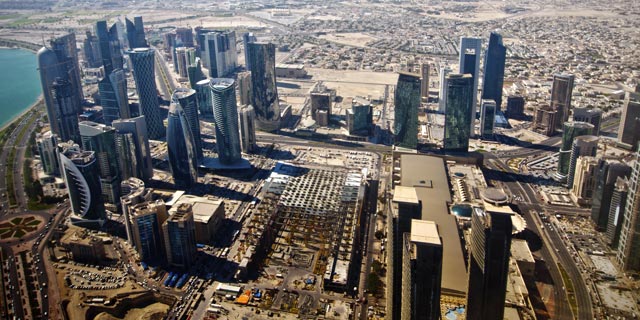 The Not so Beautiful Game

Qatar, host nation of the 2022 World Cup, (that is soccer for our American followers) is busy building the infrastructure for the games. An expected 500,000 migrant construction workers will make their way across the Indian Ocean to provide the labour and for many it will be a one-way ticket.

Put bluntly the Health and Safety record on construction projects in this fabulously wealthy nation would be criminal if normal laws applied. Sharon Burrows, general secretary of the International Trades Union Confederation, predicts that more people will die building the stadia, roads and hotels than will take to the pitch through the entire tournament.

If each of those players came out with a black armband for the construction workers who will die it would shock the world, but it won’t happen. For a start the rulers of Qatar will not release the figures even if they keep them, which is doubtful.

It is estimated that one worker a day dies in Qatar on these projects and as deadlines loom and require higher output this figure will not go down. No guest worker in Qatar has the right to join a trade union and they must obtain an exit visa from their employer to leave the country. Any worker speaking out would, therefore, be imprisoned.

…part of the bidding process to host this prestigious event ought to include statements on workers’ welfare and on-site safety.

The workers are quite simply seen as disposable. Not all the deaths occur through incidents, some are the result of working long hours in extreme heat. If you think playing football for 90 minutes is hard in 50 deg cent try shovelling concrete.

People are worked to death and die in their sleep crammed into tin huts with no air conditioning. Yet these are not seen as work-related deaths even though they are in construction camps.

Surely part of the bidding process to host this prestigious event ought to include statements on workers’ welfare and on-site safety. It is scandalous that a nation as rich as Qatar cannot see its way to providing basic human rights to its ‘guest’ workers.

When you compare Qatar to the health and safety record of the London 2012 Olympics you begin to see that our triumphs as a host nation started long before the opening ceremony. Rather than ridiculing ‘health and safety’ we should be proud of achieving the safest ever construction project on the planet.

If the rulers of Qatar have no sense of shame then it is up to others to shame them. It is too much to hope that an organisation with the track record of FIFA will expend much energy in this area but ex-players such as David Beckham, who command the attention of the world’s media, are in a perfect position to champion the cause of these workers where nobody else can.

A well-timed and accurately placed statement from him would score a goal for human rights and seal his reputation as a true ambassador of sport.

Roger Bisby is an English television presenter and journalist, known for his expertise in the British building industry.
Previous Deal or no deal
Next Why help to buy?