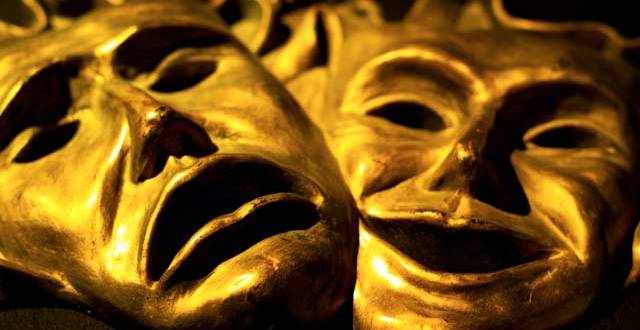 The recent incident of The Apollo Theatre ceiling collapsing on the audience thankfully resulted in no deaths, though it appears there are some very serious injuries. No doubt even many of those lucky enough to have escaped unscathed will have nightmares and may hesitate to enter old buildings for a while. At the very least they will become habitual ceiling watchers from now on.

As is so often the case there was a knee jerk reaction as inspectors scurried around in ceiling voids checking the ceilings of other London theatres but why stop at theatres? There are plenty of other old buildings with high ceilings and it’s quite possible that they too are within a whisker of dropping, but it isn’t always easy to tell.

Such a tale is likely to induce paranoia in those living in old houses but how do you know if your ceiling is safe?…

I have some experience of this from carrying out loft conversions in old houses. There is a stage of the job when you are obliged to walk across the ceiling joists in the loft to install steel beams before you can build the new floor. This flexes the ceiling and loosens the bond between the lath and the plaster. Nowadays I make sure that the ceilings are propped from below during this stage to eliminate deflection in the joists but I wasn’t always so diligent. It took a ceiling collapse to wake me up to the dangers. The piece of ceiling collapsed into the hallway of a Victorian house, crashing down through the stairwell and landing in the front hall. It filled, and almost demolished, a pram where minutes earlier a baby had been asleep. It was only sheer luck that the baby woke up hungry after its outing and her mother took her through to the kitchen to feed her. The weight of the chunks that were fished out of the pram would surely have killed it or given it life changing injuries. I still see that child from time to time.

Such a tale is likely to induce paranoia in those living in old houses but how do you know if your ceiling is safe and what do you do about it if you suspect it isn’t?

If you have a lath and plaster ceiling with lots of cracks in it that looks even slightly lively you can have it replaced but often the quicker and cleaner option is to board it over. This of course is not an option on a ceiling with ornate plaster. Another good cure is to pour a few buckets of diluted PVA across the laths from above. This has the miraculous effect of soaking into the plaster and sticking it to the laths, binding the whole thing together.

Undoubtedly the cause of the Apollo theatre collapse will be discovered soon and there’s no point speculating but I have seen plenty of ornate plaster ceilings that have been damaged by leaking roofs. Often the leak is not discovered for many years because the timber and plaster soaks up the water and the heat from the building dries it out before a stain appears. This is the perfect recipe for rot. The answer of course is rigorous maintenance. A thermal imaging camera will show up leaks in roofs, because damp is more conductive, and an inspection from above should establish the cause of the leak but all this costs money. Theatres, particularly those in listed buildings, are always walking the tightrope between getting bums on seats with high cost productions and saving enough money to look after the building.

Everyone hopes that a theatre will be fortunate enough to have a production that, using a critic’s cliché, ‘brings the house down’ but hopefully never literally.

Roger Bisby is an English television presenter and journalist, known for his expertise in the British building industry.
Previous Holding your ground
Next Dealing with floods